IBRiS survey: Poles confirm that they pay more attention to electricity consumption, but the practice varies 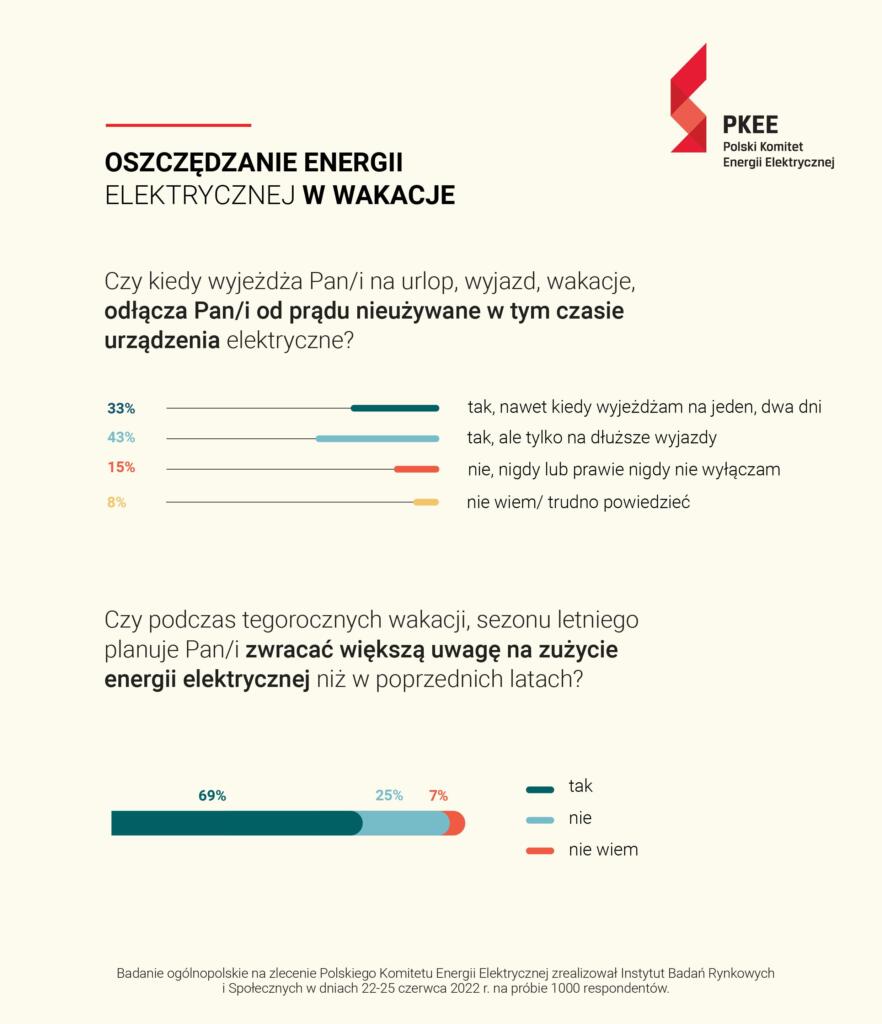 This holiday season, as many as 69 per cent of Poles plan to pay more attention to their electricity consumption than in previous years. Rising electricity prices make the rational use of electrical appliances particularly important for households. For although as consumers we have no influence on electricity prices, we can significantly influence our electricity bills.

As the results of a survey conducted by IBRiS on behalf of the Polish Electricity Association show, only one in three respondents, when leaving for one or two days, unplugs electrical appliances that are not being used at the time. This is most important for residents of small towns and cities. The survey also showed that awareness of the power consumption of devices left in so-called sleep mode is still too low. The mere fact that LEDs on routers, televisions or laptops are glowing is not for everyone a clear signal that the device is constantly consuming energy in order to be ready for a quick start-up.

The most dutiful in terms of unplugging appliances that are not being used at the moment are residents of cities with a population of less than 50 000. More than half of them (54%) remember to switch off appliances even for short trips. By contrast, only one in three (31 per cent) do so only for longer holidays. In this context, residents of very large cities are more disciplined, with more than half (58 per cent) remembering to do so for longer trips, and one in four doing so when away for several days.

Meanwhile, in most homes, the only appliances that realistically need to be plugged in even when the hosts are away are the fridge and freezer. Others, such as televisions and computers, are much better left switched off and unplugged, both for the cost of unnecessary electricity consumption and for the safety of equipment that could be damaged during summer storms. A good solution in this case is a surge protector strip, which allows us to easily switch off several devices with the push of a button.

– A survey conducted by IBRiS showed that almost 70 per cent of Poles plan to pay more attention to saving electricity during the holiday season. However, the simplest measures in this regard are still applied by too few of the population. We already know that energy prices are going to rise, and we also know that the size of the electricity bill depends largely on us. However, we may not be fully aware of the measures we need to take to ensure that our savings do not end with mere declarations. It is therefore worth taking a few minutes and looking at the www.liczysieenergia.pl checkhow to adapt our daily habits in the simplest way to the new situation we all have to face at the moment. Only an approach based on solidarity and rational energy consumption in all areas of life will bring the expected results in terms of cost reduction. - says Magda Smokowska, advisor at the Polish Electricity Committee.