Poles are aware of their impact on reducing climate change 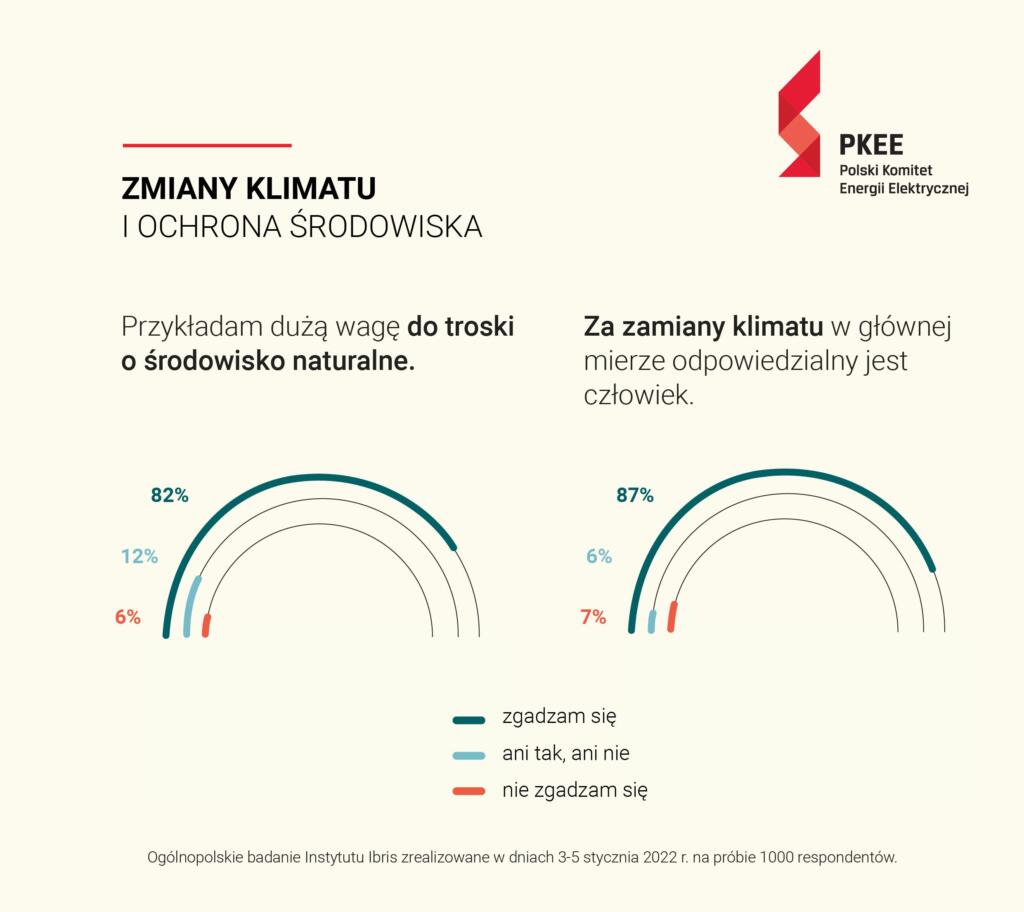 Three out of four respondents are convinced that the actions of a single person have a positive impact on the natural environment, according to a survey conducted by IBRiS for the Polish Electricity Association.

IBRiS pollsters asked respondents about their beliefs on climate change and environmental protection. As many as 87% of respondents admitted that humans are mainly responsible for climate change, with only 7% holding the opposite view. The vast majority (82%) declared that they attach great importance to caring for the environment. Only 6% disagreed with this statement.

As many as 75% respondents believe that single human actions, such as saving electricity, have a positive impact on the environment and reducing climate change. 13% of respondents disagreed with this statement and 12% had no opinion. Young people were the most likely to agree (about 80% among those under 49) and middle-aged people the least likely, with only 56% affirmative responses in the 50-59 group. People with higher education (83% indications) and residents of large cities (84% positive responses) are more likely to see the potential impact of their actions on stopping climate change.

According to the survey, these declarations translate into real actions - 92% of the respondents save electricity, and concern for the environment is the most important motivating factor besides costs. At the same time the respondents use those ways to reduce electricity consumption which do not affect their living comfort - only light when leaving the room or rational use of fridge, washing machine and dishwasher. Many also declared that they use energy-saving bulbs and pay attention to the energy class of the appliances they buy. For those who want to learn more about how to save electricity in the household, the Polish Electricity Association has prepared a website www.liczysieenergia.pl.

Almost half of the respondents admitted that they would be willing to pay more for electricity knowing that the money raised would be invested in green energy. 46% respondents answered affirmatively to this question. Slightly fewer (41%) are willing to pay more for energy generated from renewable sources. Both questions were answered affirmatively most often by people with higher education (58% and 54% positive answers respectively), living in big cities (63% and 57% positive answers respectively), declaring high interest in climate change issues (60% and 53% affirmative answers).

Rational management of electricity not only results in savings in the household wallet, but also has a positive impact on the environment. As the survey has shown, many Poles are already taking concrete steps to reduce energy consumption, not only for financial reasons, but also out of concern for the climate. Poles also see the need to invest in renewable energy sources - nearly half of those surveyed would agree to pay more for electricity with the guarantee of investing those funds in green energy, and over 40% are willing to pay more for energy coming from RES. These results are surprisingly high in both cases. With this in mind, the Polish Electricity Committee has launched a website www.liczysieenergia.plThe website provides information on the mechanisms governing the electricity market, as well as practical tips on how to reduce your electricity bill.

For several years, we have been observing increased environmental awareness among Poles. This survey also confirms that we perceive that the actions of a single individual can have an impact on our natural environment. Engaging in such activities itself comes down to changing small habits, such as switching off lights in a room, choosing programmes eco This shows that we are taking small steps, at least on a declarative level, which also have a positive impact globally. It follows that we are taking, at least on a declarative level, small measures which also have a positive impact on a global level.